We’re extremely humbled and honoured to announce that we are a nominee in this year’s The Independent Music Awards in the Funk/Fusion/Jam category for our latest release THE LONG SLOG! An enormous heartfelt thank you to everyone who worked on the record and those who’ve been a part of the band’s continued journey!
See the whole list of nominees
http://independentmusicawards.com/16th-independent-music-awards-nominees/
—-

In other news our bandleader and Browntasauras comrades in the Nick Maclean Quartet – a HARD SWINGING Herbie Hancock-influenced modern jazz group – are about to head out on a CD Release tour to Kingston (Thr-Feb-15), Montreal (Fri-Feb-16), Ottawa (Sat-Feb-17), and Cobourg (Sun-Feb-18) to celebrate the release of their hot new disk RITES OF ASCENSION! If that sounds like something you’re into make sure to check out the full details here!
http://nicholasmaclean.com/post/170800760552/ottawajazzscenecas-jazz-pick-of-the-week-for
==============
THE LONG SLOG
To Purchase – https://snaggle.bandcamp.com/album/the-long-slog
“The music of Snaggle, a fruitful sextet based in Toronto, translates into mature compositions and stupendous executions. The members of the band, virtuosos in their respective instruments, resort to a laudable sense of unity and superior taste to creatively orchestrate the nine pieces of The Long Slog, their sophomore feature album… In a certain moment they’re confronting Miles Davis with Medeski Martin & Wood; in the other, you may find the Red Hot Chili Peppers colliding with Incognito or Mahavishnu Orchestra.”
– Filipe Freitas – Jazz Trail (New York, USA)
CREDITS
Nick Maclean – rhodes/organ/synthesizer
Doug Moore – bass
Tom Grosset – drums
Michael Murray – guitar
Max Forster – trumpet
Graeme Wallace – tenor sax
Special guest: Brownman Ali – trumpet
Produced by Brownman Ali
Recorded by Brian Legere
Mixed by Josh Bowman
Mastered by Joao Carvalho
Artwork by Nick Ragetli
Released on Browntasauras Records
http://www.Browntasauras.com
Standard

The first track of THE LONG SLOG is All About Jazz‘s download of the day today! If you want to get a taste of the album make sure you stop by right here!

Here’s another sneak peek of the upcoming album featuring some unbelievable trumpet shredding from Brownman Ali! The album is now available for pre-sale, if you want to pre-order your copy make sure to head here: https://itunes.apple.com/ca/album/the-long-slog/id1155541020

“… SNAGGLE is most impressive!  The music on Long Slog is very, very challenging, yet groovy, soulful & exploratory at the same time…. Extremely well performed, written and executed.  Reminds me of a band I used to play in!”

The second track off of our upcoming album. This one features a mind-melting solo by Mike!

New Photos from the July Tour!

We’ve got some new photos up taken from the open jam session that we hosted at the Waterloo Jazz Festival last Saturday. We had a great time that day and got to play with a whole bunch of fantastic young up and comers in the city! A big thanks to Gee-Wong for taking these! 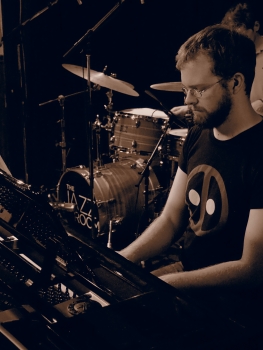 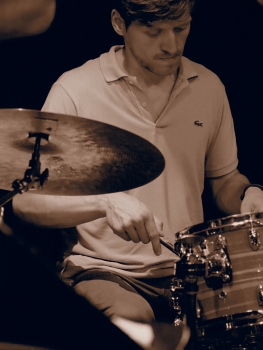 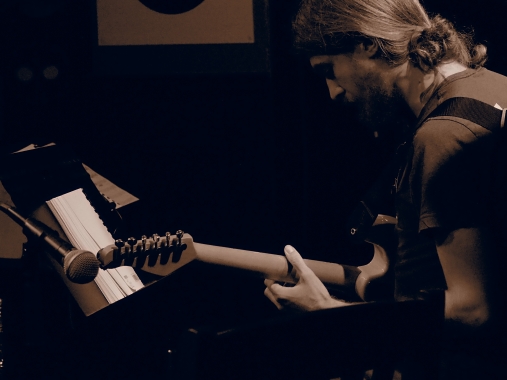 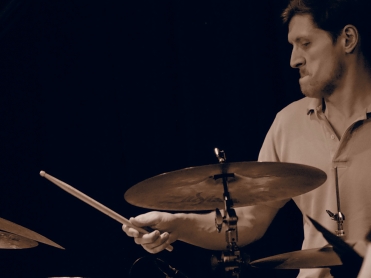 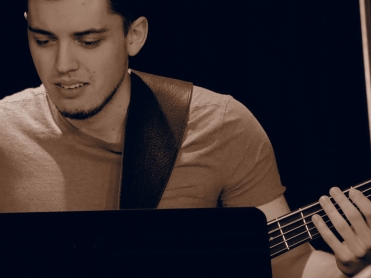 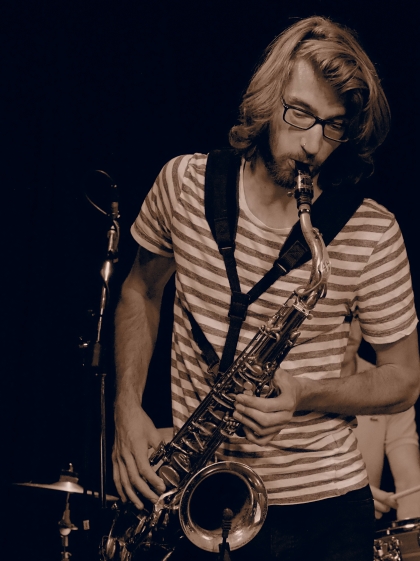 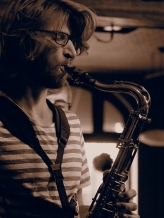 Snaggle Live at the Emmet Ray

Snaggle is back for another show jam packed with their own high-octane brand of hard funk! The boys have been hard at work on their upcoming album in the last month or so and are raring to hit the stage for some live action!

Say Hello to Our Newest Bandmate! 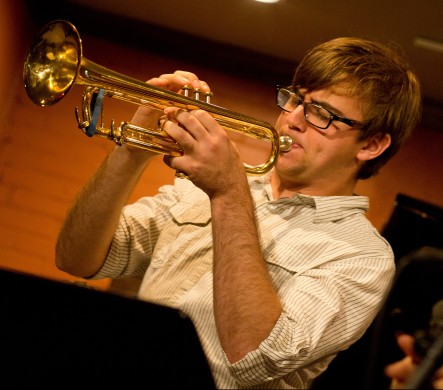 We’re thrilled to welcome Max Forster who is taking over the trumpet chair in Snaggle!

Max grew up in a musical family, and was singing and enjoying music from a young age.  He started playing guitar in middle school, and experimented with wind instruments and percussion in high school before finding his voice through the trumpet.  He was fortunate to be a part of a strong music program at Orchard Park Secondary School in Hamilton.  He was also a member of the Hamilton All-Star Jazz Band, with which he toured France and Switzerland, performing 19 shows in 17 days, including major performances at the Montreux Jazz Festival and the Vienne Jazz Festival.

After the tour, Max moved to Toronto to attend York University.  He spent one year there, studying with Kevin Turcotte and Mike Cado, as well as playing lead trumpet in the York Jazz Orchestra and R&B band.  While at York, he performed with Ron Westray and Sundar Viswanathan and began to make himself known in the Toronto music scene.

After his year at York, Max decided to transfer to the University of Toronto’s esteemed Jazz Performance.  He is currently in his second year, and has so far been able to learn from Toronto greats Jason Logue, Chase Sanborn, Mike Murley, Jim Lewis, Gary Williamson, Dave Neill and Gordon Foote.

If you want to come see him and the rest of us come out on Saturday to our show at Duffy’s Tavern!