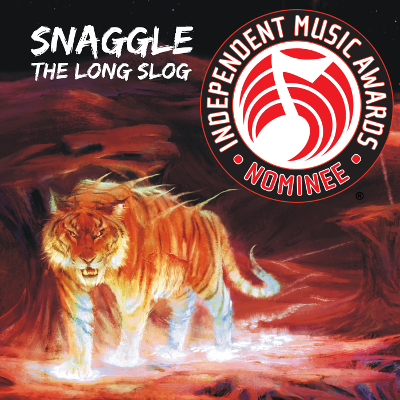 We’re extremely humbled and honoured to announce that we are a nominee in this year’s The Independent Music Awards in the Funk/Fusion/Jam category for our latest release THE LONG SLOG! An enormous heartfelt thank you to everyone who worked on the record and those who’ve been a part of the band’s continued journey!
See the whole list of nominees
http://independentmusicawards.com/16th-independent-music-awards-nominees/
—- 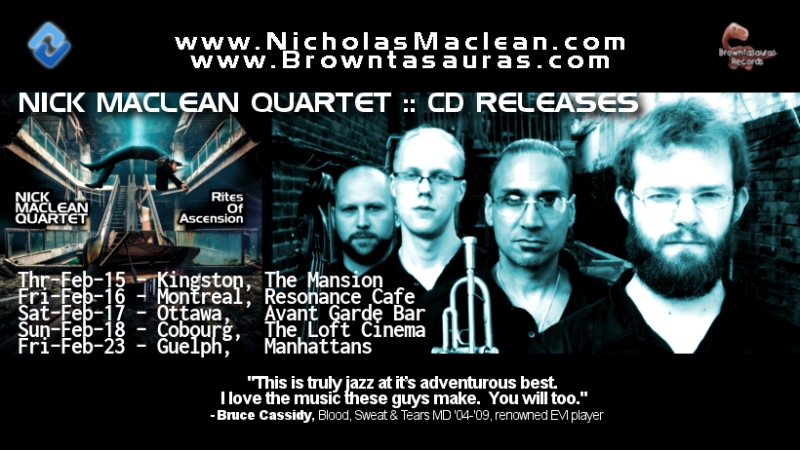 In other news our bandleader and Browntasauras comrades in the Nick Maclean Quartet – a HARD SWINGING Herbie Hancock-influenced modern jazz group – are about to head out on a CD Release tour to Kingston (Thr-Feb-15), Montreal (Fri-Feb-16), Ottawa (Sat-Feb-17), and Cobourg (Sun-Feb-18) to celebrate the release of their hot new disk RITES OF ASCENSION! If that sounds like something you’re into make sure to check out the full details here!
http://nicholasmaclean.com/post/170800760552/ottawajazzscenecas-jazz-pick-of-the-week-for
==============
THE LONG SLOG
To Purchase – https://snaggle.bandcamp.com/album/the-long-slog
“The music of Snaggle, a fruitful sextet based in Toronto, translates into mature compositions and stupendous executions. The members of the band, virtuosos in their respective instruments, resort to a laudable sense of unity and superior taste to creatively orchestrate the nine pieces of The Long Slog, their sophomore feature album… In a certain moment they’re confronting Miles Davis with Medeski Martin & Wood; in the other, you may find the Red Hot Chili Peppers colliding with Incognito or Mahavishnu Orchestra.”
– Filipe Freitas – Jazz Trail (New York, USA)
CREDITS
Nick Maclean – rhodes/organ/synthesizer
Doug Moore – bass
Tom Grosset – drums
Michael Murray – guitar
Max Forster – trumpet
Graeme Wallace – tenor sax
Special guest: Brownman Ali – trumpet
Produced by Brownman Ali
Recorded by Brian Legere
Mixed by Josh Bowman
Mastered by Joao Carvalho
Artwork by Nick Ragetli
Released on Browntasauras Records
http://www.Browntasauras.com